NCIG operates as a highly automated and innovative facility that serves as critical infrastructure to the NSW coal mining industry and enables access to global markets.

Following the completion of the construction of our facilities, we undertook reviews of our operations to identify opportunities to improve efficiency, inherent unutilised capacity, and opportunities to handle additional tonnage. As a result, we have since implemented a number of on-site control systems and operational process enhancements that improve the efficiency of the operation within the existing terminal boundary, using existing infrastructure, and at a low capital cost. 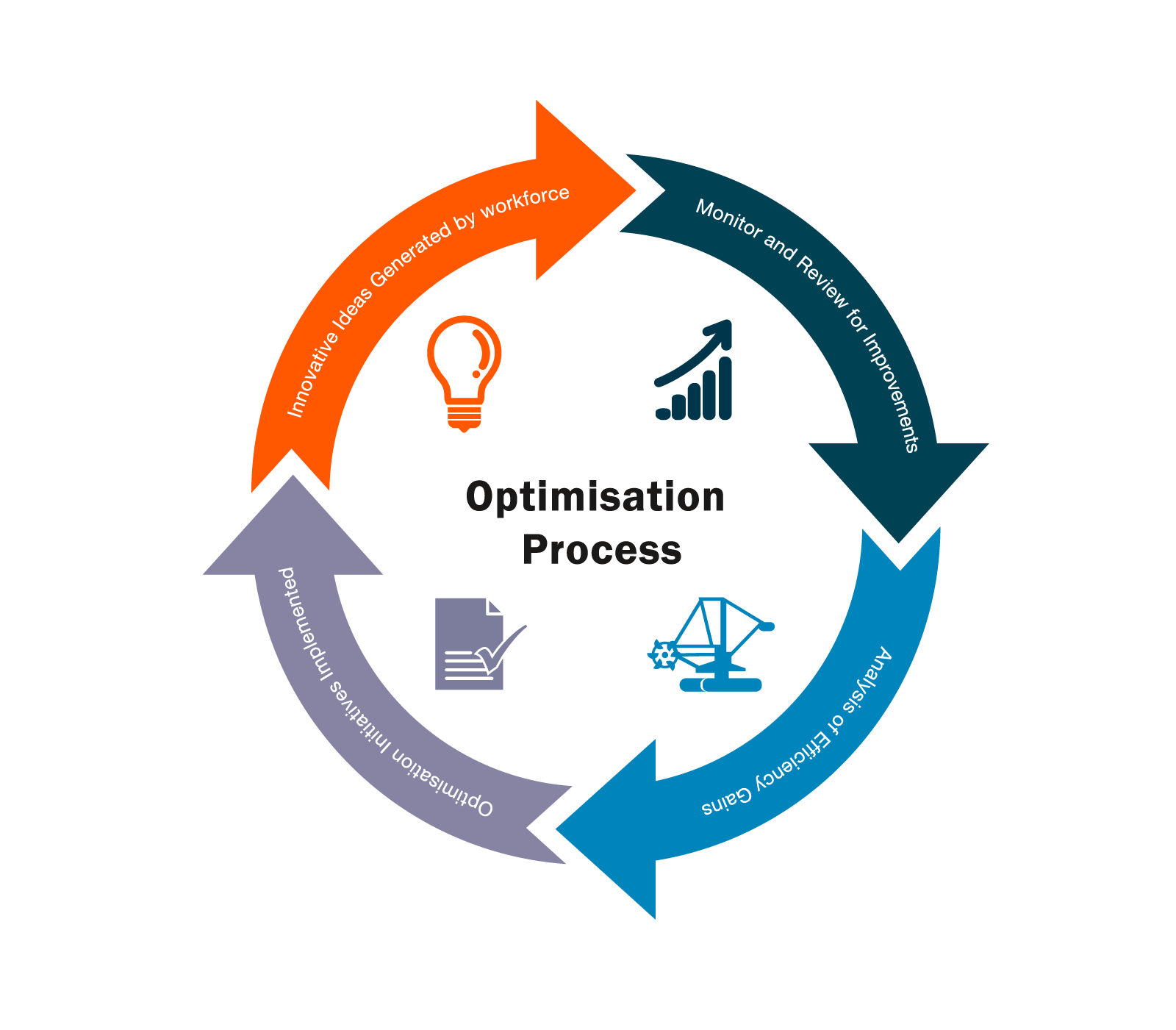 The optimisation improvements are largely developed through the innovative ideas identified by our people, and have been collated and implemented as part of the optimisation phases, which have primarily involved a process of shortlisting, prioritising, measuring and evaluating the effects of each initiative on improving overall terminal capacity.

Examples of previous improvement initiatives include:

To hear from some of our team that led to our increased capacity, click to watch the video below.